As an Entrepreneur, you need a problem. It’s the first step in finding a solution.

As an Entrepreneur, you need a problem. It’s the first step in finding a solution. But it’s not always easy to see the problem, or to really understand it. So here are some questions that you need to ask yourself.

Is it a real problem or not?

Let’s take the case of Google. When Google began, there weren’t enough websites for it to really be a problem to keep track of all of them. When they said they wanted to store and search all the information on the web, it wasn’t a real problem. But Google saw into the future, when there was an exponential explosion in the amount of data on the web. So they had a real problem that was not obvious because it was a future problem; and they solved it with a good solution. (And don’t fall into the trap of people who say that, “Oh, of course it was going to be a problem! Anyone could have seen that!” The future is unpredictable, and anyone who claims to always know what is coming is a liar. That’s part of why it’s so hard to identify those future opportunities today, and why Google became what it became.)

Identifying problems like that means that you have to get inside the thing you’re trying to change. That’s how you see the real pain points and the real trends that indicate problems. If you’re not sure it’s a real problem, you’re already lost. Because the execution of a solution, there’s a lot of people who can help you to do that. Execution follows similar patterns all the time. But if you want to identify real problems in an industry, you have to truly understand its day-to-day realities.

It’s hard to find real problems. Sometimes you have to keep trying. So do that — keep trying. But be clear about what you’re looking for — don’t invent problems that don’t exist and will never exist.

Can you define the problem?

Defining the problem well is important because even if you find a real problem, what happens with your business isn’t going to exactly follow the road that you originally saw. There are going to be roadblocks and maybe even dead ends. But if you have defined the problem properly, you’ll see either a way around those roadblocks, or a new road taking you out of that dead end.

Is the problem big?

This comes down to choices, because here’s the reality: whether you start a big company or a small company, you’re going to deal with the same issues. Whether your ambition is huge or small, you’re going to come up against the same horrible things when you start out. Finding success as an Entrepreneur, no matter what you’re trying to do, is hard. The percentage of success is extremely low. That being the case, you need to clearly see the upside of your risk. When you finally find success one day, it’s better for it to be a significant success rather than a small one.

So don’t pull back in terms of ambition, and make sure that the problem you’re aimed at is big enough to make it worth your time and effort.

Is it a difficult problem?

If you think that the problem isn’t that difficult, be worried. Because if it isn’t difficult, why hasn’t anyone already done it? What’s more, difficulty isn’t a bad thing. The more difficult the problem, the more opportunity there is. Not only will the potential success level be higher, but it makes it more unlikely that anyone else will also be able to succeed. Too many Entrepreneurs only go after projects that have low-risk problems. Good Entrepreneurs take on the big problems and the difficult problems, the ones that really need to be solved.

So don’t hesitate to tackle something big. WhatsApp was a great example of this. The particularity of WhatsApp was simply that they took an extremely difficult problem and were the only team that said, “We can do this and we can do it across every operating system at the same time.” Every engineer would see that as an incredibly difficult problem. WhatsApp decided to do it anyway. And you saw how that story turned out.

Is the problem obvious?

Chipotle is another one: any restaurant chain has an issue with scaling. The easiest way to scale is to accept a reduction in quality. Whether it’s a restaurant or a hotel, you run into the same problems in terms of decreasing quality as you scale up. Chipotle was the first one to say, “We’re going to scale and we’re going to use organic ingredients all along the way.” No one else did it because it’s so hard. But once they decided that was a problem that they were going to solve, it became obvious that it would work. Because it’s something that people would want, but that was never available to them.

Has the problem already been completely resolved or not?

Whenever a bad Entrepreneur starts investigating an idea, they look around at the competitors and say, “Oh, well, somebody’s already doing it, guess I’ll keep looking.” But the question isn’t about competitors. The question is whether or not the problem is completely solved.

Why is it that there are competitors to Google that keep coming along in the search field? It’s because as great and as massive as Google is, there are still issues that haven’t been solved in terms of search. Google’s almost a $500B company, and they’re still having competitors come along. And that’s good.

Is the problem getting worse every day, or not?

My favorite. If you’ve got a problem that’s constantly getting worse, send us your application for TheFamily today.

Take something like pollution. Every day that goes by, it’s getting worse. Sure there are a lot of people working on it. But it hasn’t been solved yet. That’s the indicator of a huge market opportunity.

So those are the seven questions that you need to ask yourself about your problem. Once you know the answers, you can move on to thinking about some other important things.

Like understanding your market. Are you trying to break into a market that is growing, with more and more people every day who need your solution, or are you going after a market that is shrinking, with less and less people needing your help?

But for a startup, the target market is the real goal. Apple didn’t start out aiming at the total available market that they have today in 2016. They started out with that personal network of computer enthusiasts in Palo Alto in the early 1980s.

Let’s be clear: Coke and Pepsi are competitors. If Coke sells less, Pepsi sells more. That’s how it works, because they’re dealing in the total available market. But when you’re an Entrepreneur launching a startup, the likelihood that there will be a direct relationship in which you’re going to sell more because your competitor is selling less is extremely low.

So do yourself a favor: forget about your competition. Ignorance is bliss, and that’s doubly true when you’re trying to stay focused on your product. You can’t control your competition, so why waste any time on them?

That doesn’t mean that you can’t take a look around and see what other people are up to. But you can’t be doing it to see what the competition is doing, you need to be doing it to see if there are any good ideas out there that you can use. And when you see something good that can help you, use it — but use it intelligently. Never turn off your brain. Adapt those good ideas to your context and your needs. Don’t just go around copy/pasting, actually think about what you’re doing and how it helps you.

Inspiration is everywhere, especially for startups

And go looking for inspiration in industries and domains that aren’t your own, not just in the tech world. We’ve got thousands of years of world history, in which there were people doing absolutely incredible things. If you want to find people who faced universal problems and in moments of crisis created new paradigms (for better or worse), you just have to go back into the history books!

There were people in art, literature, medicine, the railroads, who did things that will blow your mind. In the tech world, there’s about 20 or 30 years of stories to go through, and that means there aren’t that many, relatively speaking. So don’t get stuck in the world of Entrepreneurship and startups. Let your mind go free, and as long as you keep it working and not on autopilot, you’ll find amazing stories that lead you in new directions.

None of this learning is done in a weekend. But if you want to be an Entrepreneur, it’s something that you take on as part of your long-term lifestyle. Because once you’ve seen what people have done, the theories that people have developed, the studies that are out there, all of the excuses that you could have for not trying something new just fall apart. You aren’t too young, you aren’t too old. You don’t have enough experience, great. It’s not a requirement. You aren’t too dumb, and neither are the other people out there. You don’t have any business experience, that’s ok — no one else did either when they first started out. You don’t have any ideas? Open up Google and look for one. Or use a different search engine, they’re out there.

The link has been copied!

Learning how to learn 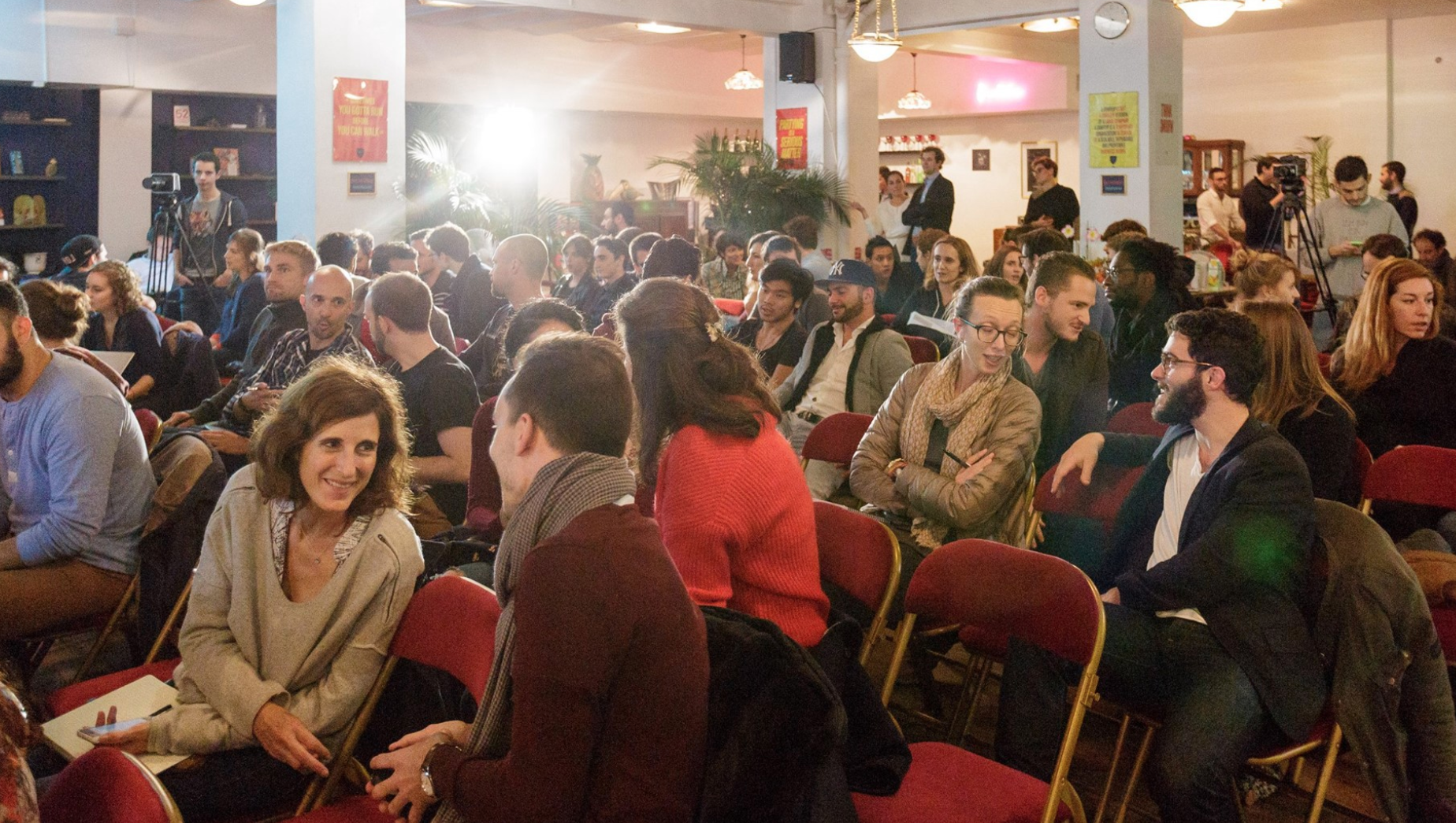 As there can be no covenants between men and lions, neither can wolves and lambs ever be of one mind, but hate each other for ever and ever.